You are here: Home / Teacher’s Story

The head instructor for Conway is Curtiss Robinson, a thirty-year Martial Arts veteran as well as a twenty-four-year Army combat veteran. Your instructor is well trained and ready to lead, teach, and mentor the technical and strategic aspects of Toe2Toe Combatives. He has a variety of notable achievements in full-contact Martial Arts culminating with training the US Army National Combatives Team. His goal is to bring out the best in every student. Physical, mental, and social development will take place under his instruction, but he is also a lot of fun to learn from. 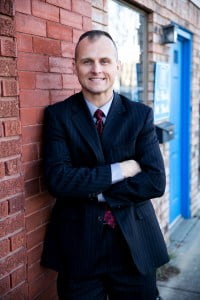 I was the skinny kid who always seemed to get bullied growing up. From as far back as I can remember, I was always dealing with tough kids who wanted to prove themselves. I fell in love with Bruce Lee movies and later Chuck Norris movies, and by age ten I was punching and kicking like my heroes.

I joined my first martial arts program at age twelve (under Sensei Rommie Jessup–Kamishin Ryu). We only trained once per week, and we worked primarily on karate and jujutsu (traditional martial arts). That program evolved when the instructor left and was replaced by a Kempo instructor (Kyoshi Earle Marvin–Toraken Ryu). Our program grew into a professional school, and we again evolved into a more traditional Japanese system under the Seishinkai/Motobu-Ha Shito Ryu system. We focused heavily on karate again but spent time working on throws and joint locks under Kuniba-Ha Goshindo (developed by Soke Shogo Kuniba). When Kuniba passed away, Kyoshi Earle Marvin formed Sogo Goshin Do, and we evolved again into a more self-defense focused art. Some years later, Kyoshi passed away and the system split. Our faction followed Soke Matt Avant, and again we evolved into a blended martial art he designed called Kakko-Ha Goshin-Jitsu. Our focus all but abandoned our traditional roots in karate and jujutsu, as we trained in heavier striking, kicking, and close-quarter stand-up skills, as well as the Brazilian flavor jiu-jitsu throws, takedowns, and submission-oriented ground skills. We now consider ourselves ever evolving in our quest to refine and purify our system.

By age eighteen, a few years before Kyoshi Earle Marvin passed and Soke Matt Avant took over, I joined the US Army. Over the next twenty years, I trained with kickboxing programs, Tae Kwon Do programs, Shootfighting schools, and finally a judo/jiu-jitsu school. My training continued to learn more toward combat arts, and I realized the truth of teaching martial arts in America, which is this: there isn’t enough training time to teach everything. I decided to focus exclusively on what was most applicable in self-defense and street combat situations. Most recently, I have trained students and military members in Modern Army Combatives, which is a short program meant to give basic essentials to Soldiers who I might only see for a few months. As I look back, it is clear that the amazingly complex systems of karate, Kempo, jujutsu, jiu-jitsu, and judo require years and years to gain true proficiency. Many students in these arts master the basics in three to four years, but few truly become experts in their craft. It was a sad realization but one I adapted to.

Over a thirty-year career, I have run several schools and assisted in many more where I have loved watching kids and adults gain self-esteem, self-confidence, and the discipline required to master the body and mind. It truly has been my calling to train those willing to invest time and hard work into something that can never be lost, taken away, or squandered. I am a lifelong martial artist looking for the few who are hungry for the lessons I have to offer. This is my story. 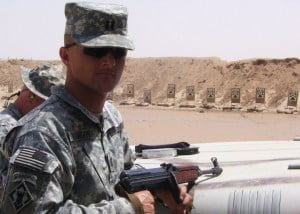 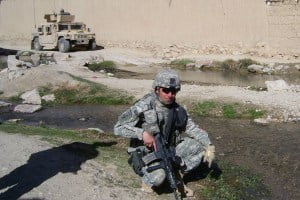